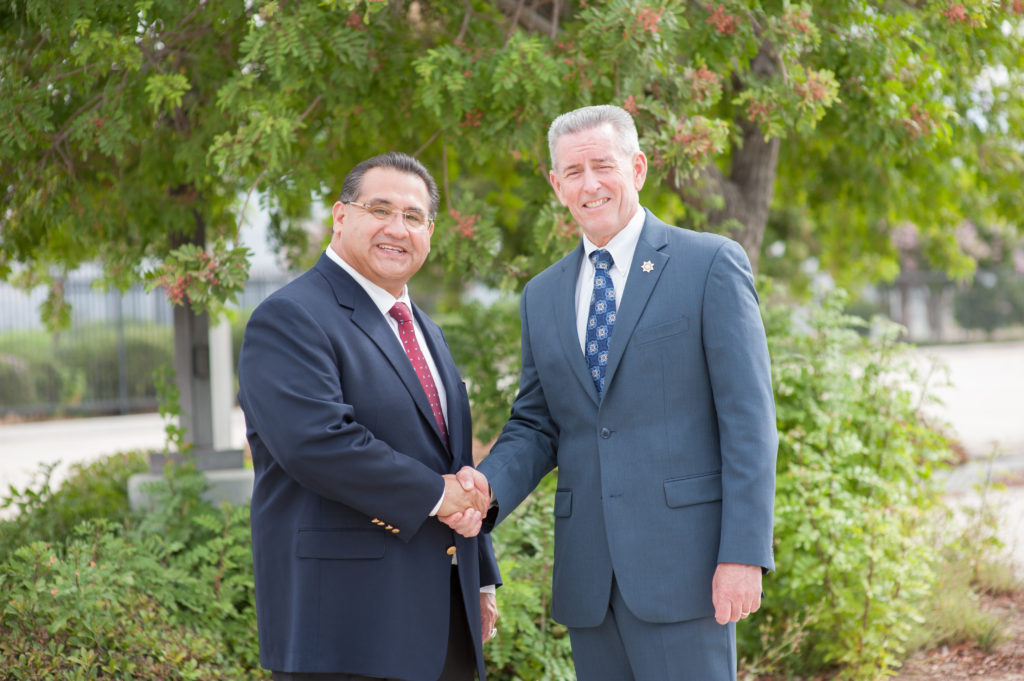 The ad started this week and is running throughout the 40th Assembly District.

The ad can be heard here:

Text of the ad is below:

And I want to tell you why we need James Ramos in the State Assembly.

As County Supervisor, James Ramos has gone the extra mile to help us fight crime and protect public safety.

When a local anti-gang agency faced deep budget cuts, James Ramos stepped up, and paid for their tactical, bulletproof vests out of his own pocket.

And when Sacramento politicians wanted to let dangerous criminals out of jail early, Ramos fought back.

James Ramos. As Assemblyman, he’ll put politics aside, and do what’s best for the Inland Empire.

This is Sheriff John McMahon. I’m proud to support James Ramos for Assembly. I hope you will, too.

James and his wife of 28 years, Terri, are the proud parents of four children and have three grandchildren.

Assembly District 40 includes the cities of San Bernardino, Redlands, Highland, Loma Linda and Rancho Cucamonga and is one of the top targeted Assembly seats in 2018. Supervisor Ramos currently represents over half of the Assembly District.

He won his first term in November 2012 when he beat the incumbent Supervisor by 19%. He was reelected to the board in June of 2016 with almost 65% of the vote.

Since 2015 the district has seen a surge in Democratic registration, with Democrats now outnumbering Republicans by over 22,000 voters.